Children are at increasing risk of poisoning from unregulated e-cigarette liquids containing nicotine, according to new research from Queensland experts.

The findings, published in the Medical Journal of Australia on Monday, warn the risk to children, especially young children, from e-cigarette liquid “should not be underestimated.”

One of the paper’s authors, Carol Wylie, who is the manager of the Queensland Poisons Information Centre in Brisbane, said just one millilitre of a highly concentrated nicotine solution can be lethal if ingested by a child.

“Children have died as a consequence of swallowing these e-cigarette refills,” Ms Wylie said.  “There were no deaths during our study period but we know that there has been a death of an infant in Australia since then from e-cigarette liquid, and there have been deaths overseas.

“The numbers have definitely been increasing since 2013, the 2017 data (which wasn’t part of the report) is higher than 2016, so we know those numbers are creeping up.”

The report looks at the period between 2009 and 2016, and found 202 cases of reported poisoning from e-cigarette liquid, 76 of those cases involving children.

Of those cases 62 were toddlers, which Ms Wylie said wasn’t a surprise, as children between one and four years old were most commonly involved in poisoning incidents generally.

The report found most cases saw the children exposed through uncapped vials, sucking the mouthpiece, drinking from separated liquid containers, inhaling the liquid, eating the cartridge, or having the liquid splashed in their eyes.

The actual number of cases is believed to be higher because the data relies on instances which were reported and people may not have gone to a hospital or GP after an incident.

E-cigarettes, which convert nicotine-laced liquid into vapour instead of burning tobacco, are currently illegal across Australia, however people can still order the e-cigarettes and vials online.

Several Australian-based outlets also offer the products for sale despite the fact it is illegal to do so.

Ms Wylie said it was a complex issue as to whether there would be more benefit than harm in legalising and therefore regulating e-cigarettes.

“Presumably the instances of poisoning would go up if they were legalised, but conversely we might be able to have more impact on storage, safety and labelling," she said.

“Ideally it would be nice to have products which were better labelled and had child safety caps and ingredients lists that were accurate.

“It’s a consideration in a complex picture.”

Anyone who’s is concerned a child has suffered a poisoning incident should contact the National Poisons Centre on 0800 POISON / 0800 764 766 for advice. 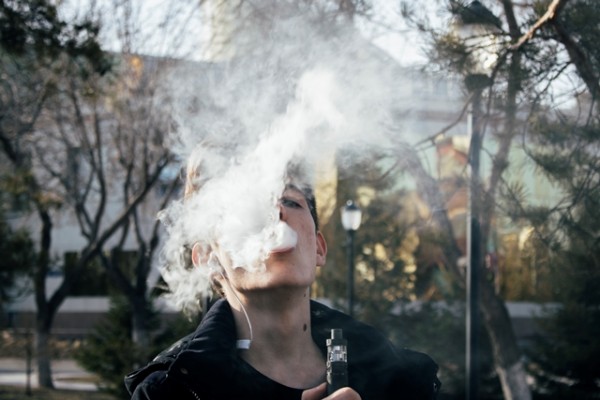